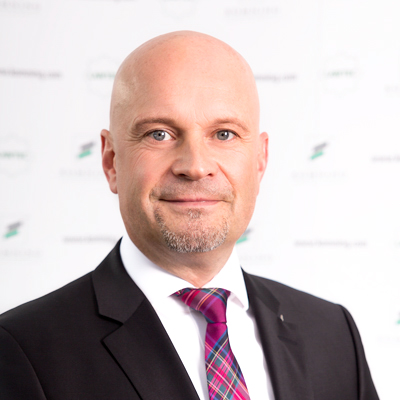 Enrico Komning is the founder of KOMNING Rechtsanwälte. He was awarded his lawyer’s license in 1998 and worked the first two years for EWIV, a network of tax consultants, lawyers and public accountants. In 2000 he started his own law firm which he has since developed in size and structure. His focus is on counselling businesses and business owners. He is a specialized solicitor in family law and has a special training in law of succession and therefore an excellent expertise in the law of corporate succession with all the related questions arising in tax law and corporate law. He is also working as a tax accountant. During the last years he also put a focus on media and copyright law and IP related law.

After finishing an apprenticeship in construction Enrico Komning studied at the Ernst-Moritz-University in Greifswald. In 1997 he was working as a professor at the Business Academy Blieskastel and as a consultant for the Bureau to solve problems arising from the unlawful expropriation of assets by the GDR. During his lawyer’s training at the regional court in Rostock he was leading a team in business law at the ETL European Tax and Law Firm. To gain more insight on the other aspects of the law of corporate succession he took a training as a specialized solicitor in family law (at the Deutsche Anwaltakademie in 2003) and in law of succession (at the Justistische Fachseminare 2007) and is formally recognized as a specialist solicitor in family law since 2003. He has regularly took part in other lawyer’s trainings as well and has thus received a certificate by the German bar association on “quality by training”. From 2007 until 2009 he took training as a tax accountant by the Bildungsinstitut steuerberatender Berufe MV e.V. In 2012 he completed training as a specialist solicitor in copyright and media law.